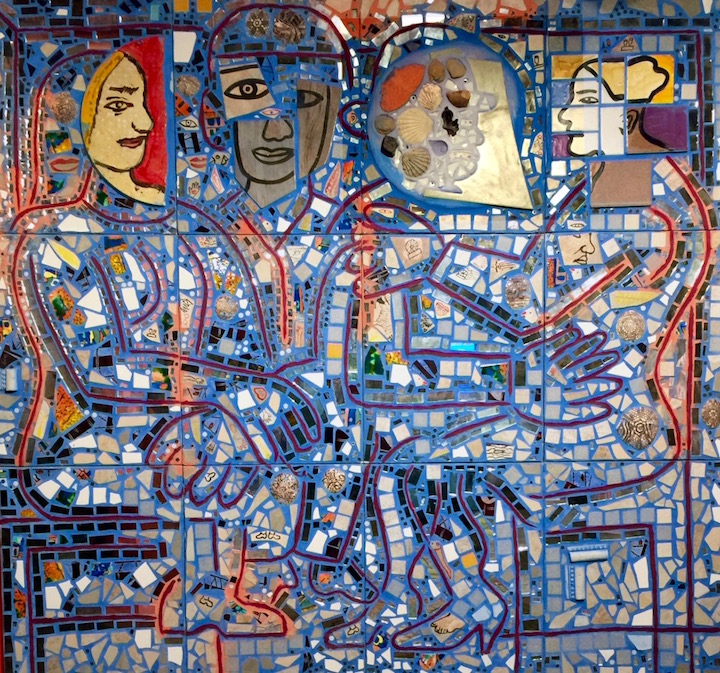 A graduate of Pratt University who has adapted the aesthetics of folk art, Isaiah Zagar refers to himself as an outsider/insider artist. With thousands of tiles, glass bottles, plates, bicycle wheels and an array of found objects — some from his travels abroad, he has transformed ordinary public spaces into tantalizing open museums. In Philadelphia, which this Brooklyn native has called home since 1969, hundreds of his murals grace streets, alleyways, doorways and interior spots. And working with members of the community and folks he’s met along the way, he has created a magical, inspirational oasis at a once-abandoned lot that has evolved into a beguiling complex of interwoven spaces. Known as Philadelphia’s Magic Gardens, it serves not only as a showcase for Zagar’s creative visions, but as a gallery and educational center, as well. The image above was  captured this past weekend at the Magic Gardens. What follows are several others recently seen in this extraordinary space: 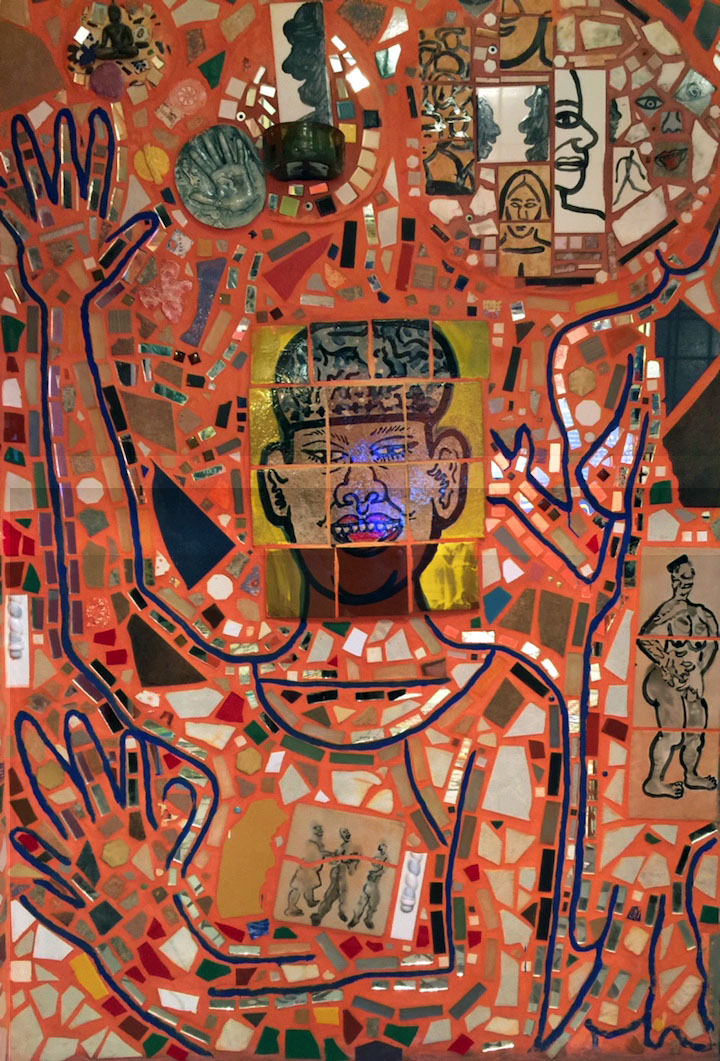 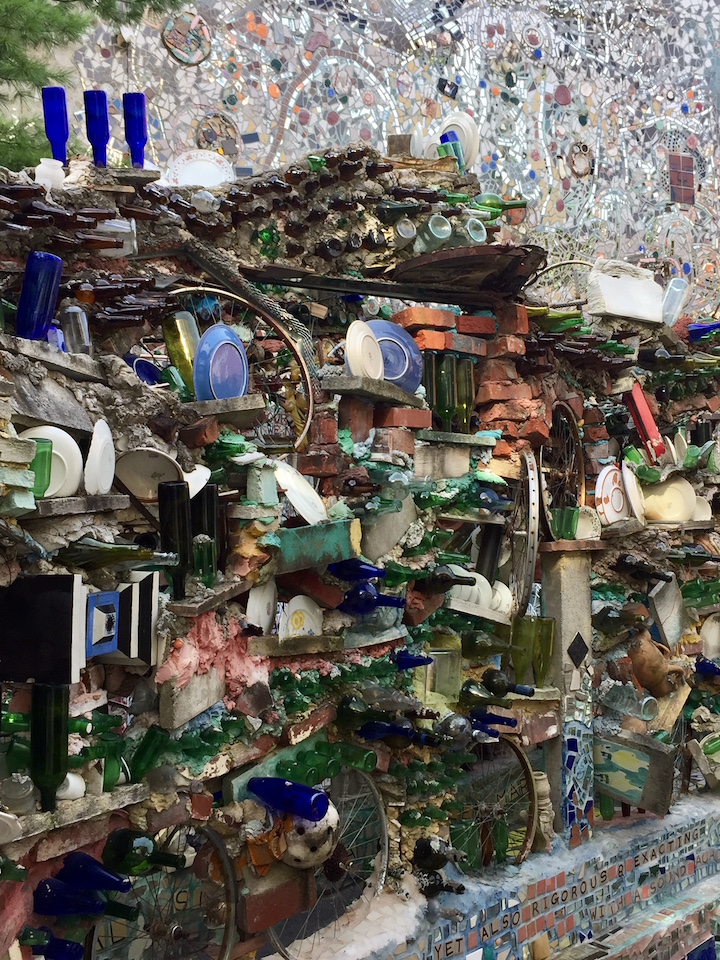 Another close-up from this mesmerizing open air complex 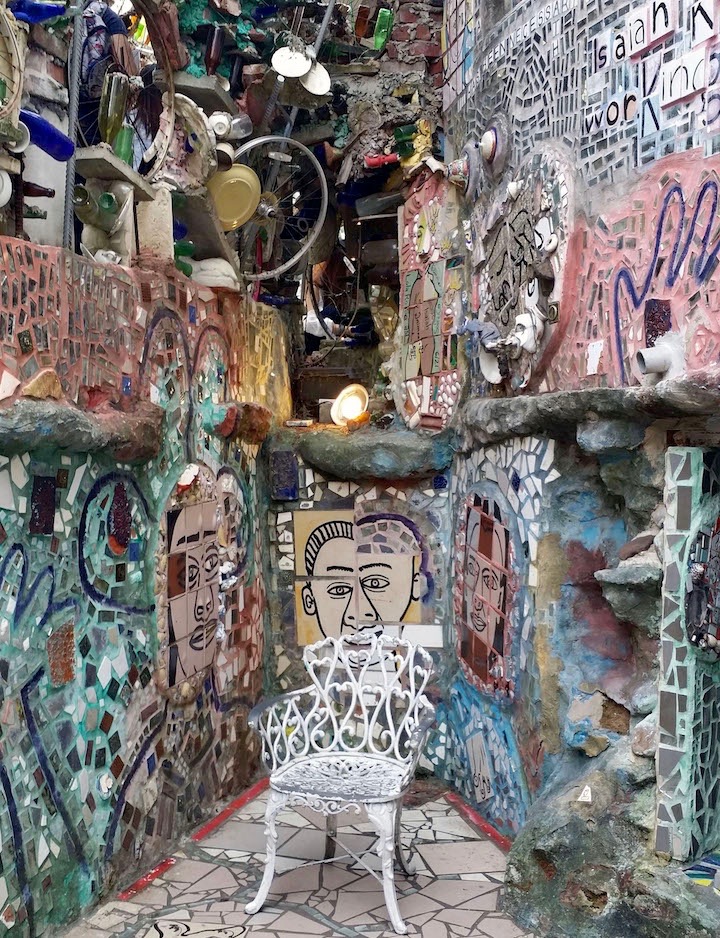 And continuing through Sunday, February 25 is Lava Flow: New Mosaics by Isaiah Zagar, an exhibit of the artist’s new smaller works in the gallery, along with a short documentary about the artists’ life.  What follows is one of many small affordable works on exhibit: 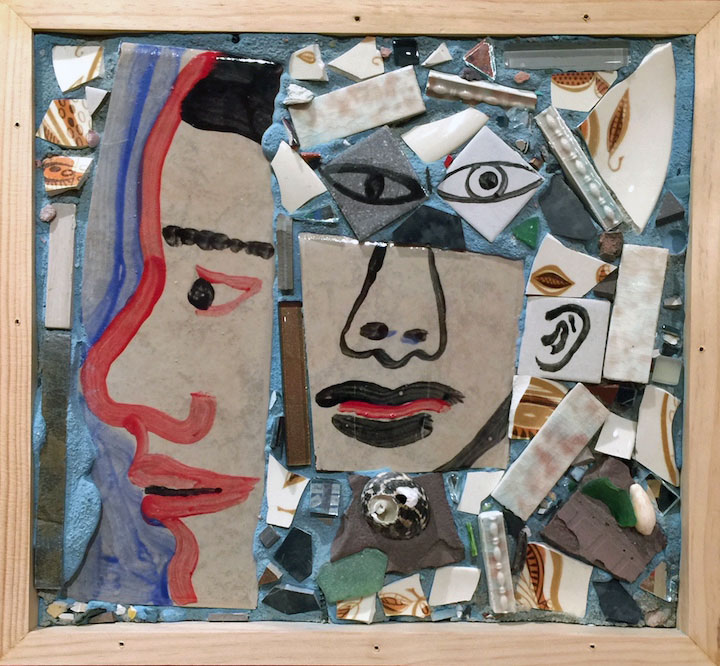 Coming up: Isaiah Zagar on the streets of South Philly

Next post: Isaiah Zagar on and off Philadelphia’s South Street