“T.C. Cannon: At the Edge of America” Continues at the National Museum of the American Indian in Lower Manhattan 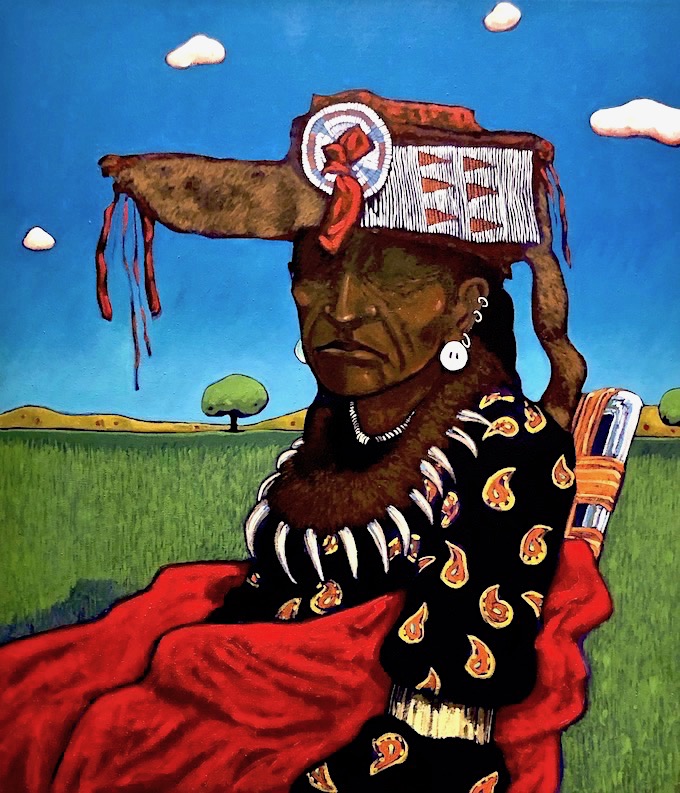 On view through September 16, 2019 at the National Museum of the American Indian in Lower Manhattan, “T.C. Cannon: At the Edge of America” is a celebration of the late Native American artist T.C. Cannon‘s extraordinary vision and talents. Featuring a huge range of works, both personal and political, the exhibition — curated by Karen Kramer —  delights, enlightens and, at times, disturbs. Pictured above is “Indian with Beaded Headdress, painted with acrylic on canvas in 1978, the same year that Cannon died in a car accident. Several more images from “T.C. Cannon: At the Edge of America” follow:

“Beef Issue at Fort Sill,” along with an accompanying poem, this 1973 painting references a 19th-century government ration, as the US Government often sent rancid meat to fulfill its treaty obligations. 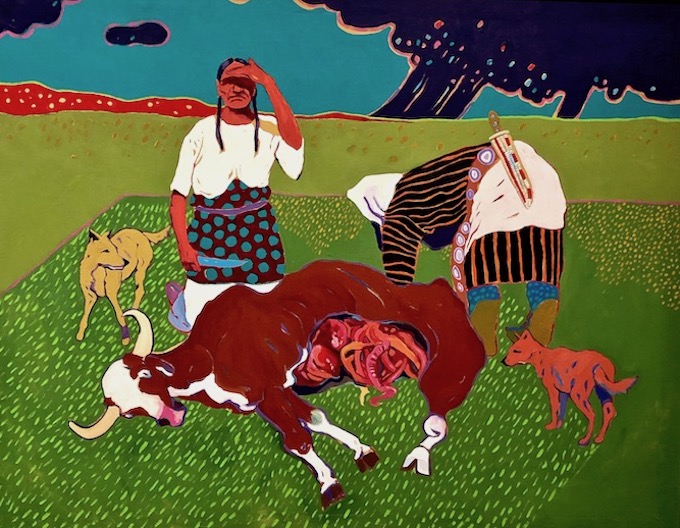 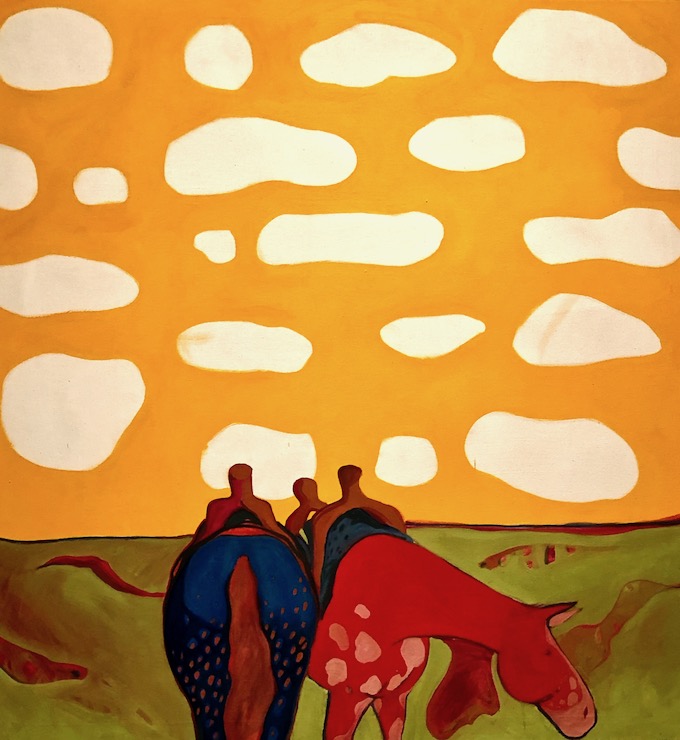 “Mama and Papa Have the Going Home Shiprock Blues,” Acrylic and oil on canvas,1966 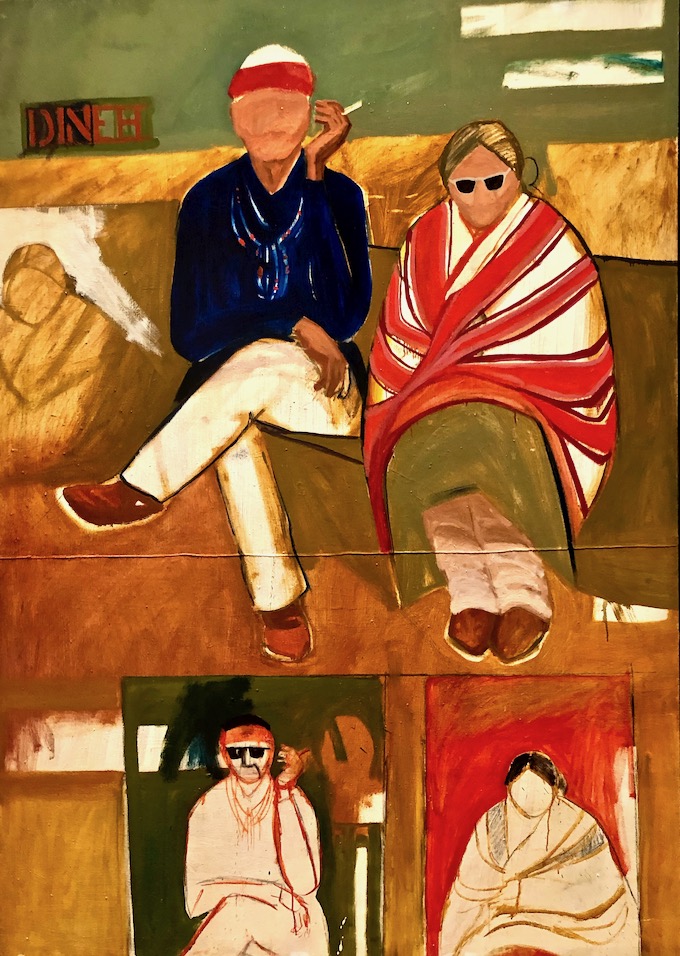 “Tale of a Bigfoot Incident in American Vernacular” — referencing the massacre of over 300 Lakota men, women and children in Pine Ridge, South Dakota —  Oil and mixed media, 1966 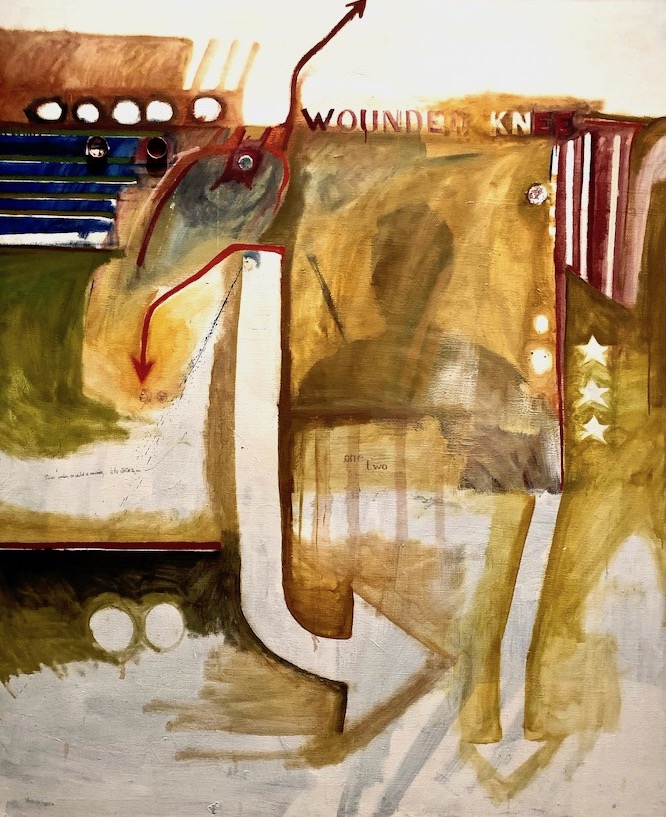 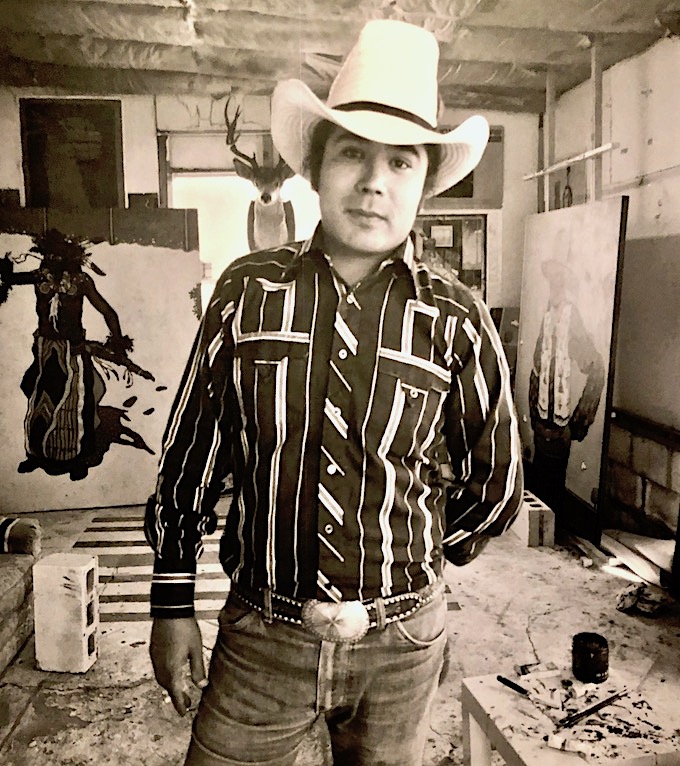 Next post: Zoya Cherkassky Looks Back at Her Soviet Childhood