The Fanciful Paintings of the Mexican Lorenzo Family 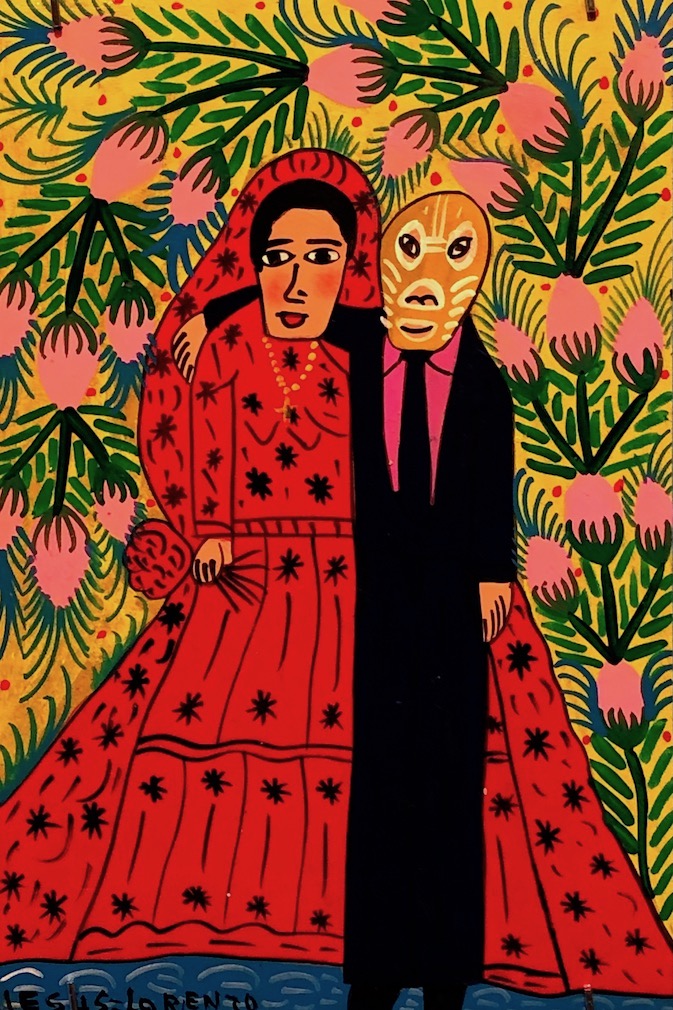 For over 50 years members of the Guerrero, Mexico-based La Familia Lorenzo have been painting delightfully enchanting images reflecting their remote village’s culture and traditions.

The recently deceased family patriarch Lucas Lorenzo who originated this tradition began painting 55 years ago on Masonite board — instead of the traditional amate bark, the canvas of his fellow villagers. It was a technique he had discovered on a trip to Mexico City while seeking work as a farmer.

His four sons: Aureliano, Jesus, Nicolas, and Santiago, along with his daughters Carlota and Lizbeth and grandson Fernando, have continued the tradition, while improvising with its aesthetic. “It is how we conserve our culture,” explains Fernando.

Next post: “LIC is a Galaxy”: Public Art Project Brings Intrigue and Charm to the Streets of Long Island City