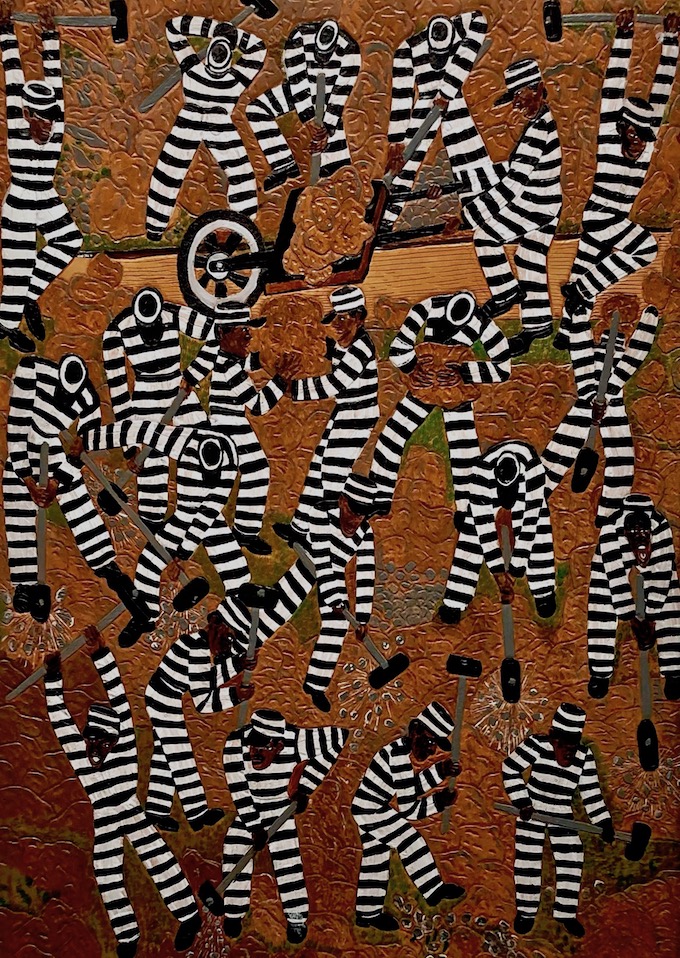 Cracking Rocks, the image featured above, was fashioned with dye on tooled and carved leather in 2011 by the late self-taught Southern African-American artist Winfred Rembert. Seen earlier this year at Fort Gansevoort in Manhattan’s Meatpacking District, it is one of his many paintings documenting the artist’s experiences as a survivor of senseless brutality and overt racism.